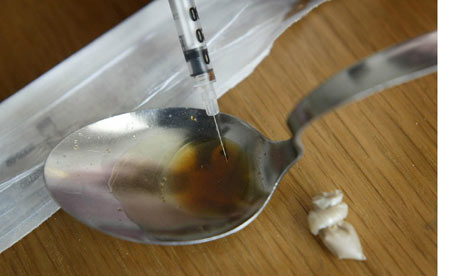 Do you know anyone who has died from a heroin overdose? I do. This subject has drawn a lot of media attention lately and the State of Ohio is considering legislation to reduce the problem. I will say it, others may not. The “War on Drugs” was lost years ago. The questions we really have to answer are “Can we reduce the number of unnecessary deaths associated with heroin?” and “Can we reduce the crime associated with drug addiction?”
This drug is everywhere. It is killing people from every neighborhood and is not just a Dayton problem. This drug does not discriminate based on class, color, religion, age or sex. It kills everybody addicted to it eventually. It can kill the first time you try it or after many years of addiction.

Since this affects us where we live the County needs to lead the initiative to reduce the effects that this drug is having on our society. We cannot depend on the Federal Government to come up with solutions. They will not. Ten years ago I pointed out the need to become an immigrant friendly city with valid reasons to then Dayton City Manager, Tim Riordan. In 2016 the White House began consulting with Dayton City staff to create solutions at a national level. We need to start solving this problem locally by looking at what other countries in Europe are doing. Switzerland and Denmark have implemented programs for the chronically addicted who will likely never be successfully rehabilitated. The results are interesting

I actually proposed this in 2013. Local political party leadership thought I was crazy. Heroin assisted treatment will reduce property crime as much as 90%. Users have no need to rob or steal if they have access to the drug. It will reduce overdose deaths by 50% by eliminating the need to buy drugs on the street which have been mixed with lethal substances. It will reduce new users by 80% because chronic users will no longer have to recruit new users to sell to in order to support their habit. The benefits seem to out weigh the negatives.

We need to look at these programs and partner with surrounding counties that are all experiencing this epidemic to fund solutions that may actually result in crime reduction as stability becomes a factor in the lives of these addicts. It is time to move beyond the box with how we deal with this issue. As an independent, non party candidate, I can propose ideas like this because my focus is entirely on solutions and not a national agenda for career advancement.